We remain open with the following services:

Your cart is currently empty.

Stay in the know!

Many think standing desks are a new concept, however, they have been used for hundreds of years by a lot of very successful people. People who changed history. People who have made a difference. Here's a list of some of them.

1.Ernest Hemmingway. He was one of the most inspiring writers of the 20th century. He was very fond of his standing desk and composed many of his inspiring writings while standing. How much of his creativity and productivity came from his ergonomic excellence?

2. Leonardo Da Vinci. He was a man whose name is synonymous with creativity. He is the quintessential 'renaissance man'. He was one of the most productive people in history. And he understood science, the body, and how to use it. Is it any wonder that he focussed so much on the circulation of blood? And that his famous 'Vitruvian Man' was standing? He clearly saw what many did not.

3. Sir Winston Churchill. Perhaps the most famous politician from the 20th century, Winston Churchill led England from the brink of defeat to victory during trying times of World War 2. And he was known for working at his standing desk. 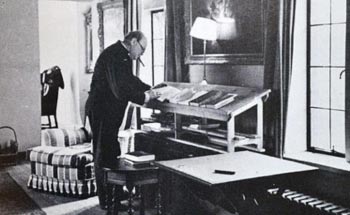 4. Virginia Woolf. It wasn't only successful men who used standing desks. Virginia Woolf is one of the foremost writers of the 20th century. She was an innovative and influential author, whose efficiency engendered a prodigious output of letters, diaries, essays and stories from her stand-up desk at her family home in Kensington.

5. Thomas Jefferson. He wrote the Declaration of Independence and was the third American president. He had the presence, he had power, and much of it showed through his posture. The posture that he kept tall and straight through a considerable time spent at his wooden standing desk. 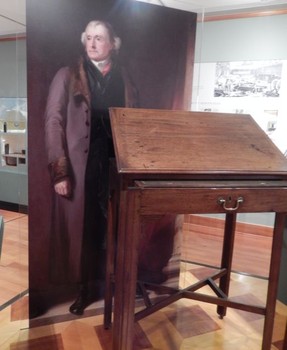 Isaac Newton famously said, "if I have seen further, it is because I have stood on the shoulders of giants". Perhaps these titans of history saw further because they stood at standing desks? Because they didn't succumb to disease as easily, because they had more energy, because more oxygen flowed in their veins, because neurotransmitter levels were higher?

Where would be now if they were but sitters confined to chairs?